YASSS! We attended Disney After Hours again in Magic Kingdom. We attended last year September 2018, you can read about that experience here.

Disney After Hours first debuted this hard ticket event in 2017, on select nights Magic Kingdom opens from 8pm-11pm/9pm-12pm/10pm-1am, depending on the season, to a handful of guests after the park has closed.

The amount of tickets sold for the event are unknown and not published by Disney, but the rumour is up to 3000 tickets sold. Which is a very small amount, considering park capacity for Magic Kingdom is 95,000 guests and on any average day 75,000 guests will visit this specific park.

After making your way through bag check and security, you enter the park through a separate line clearly marked up as Disney After Hours. When you have scanned your magic band a cast member will give you a wristband to show your admission to the event. Ours were plain blue, similar to the wristbands at MVMCP and MNSSHP, cast members use this to determine who can ride attractions, meet characters and enter specific parts of the park after the regular closing time. 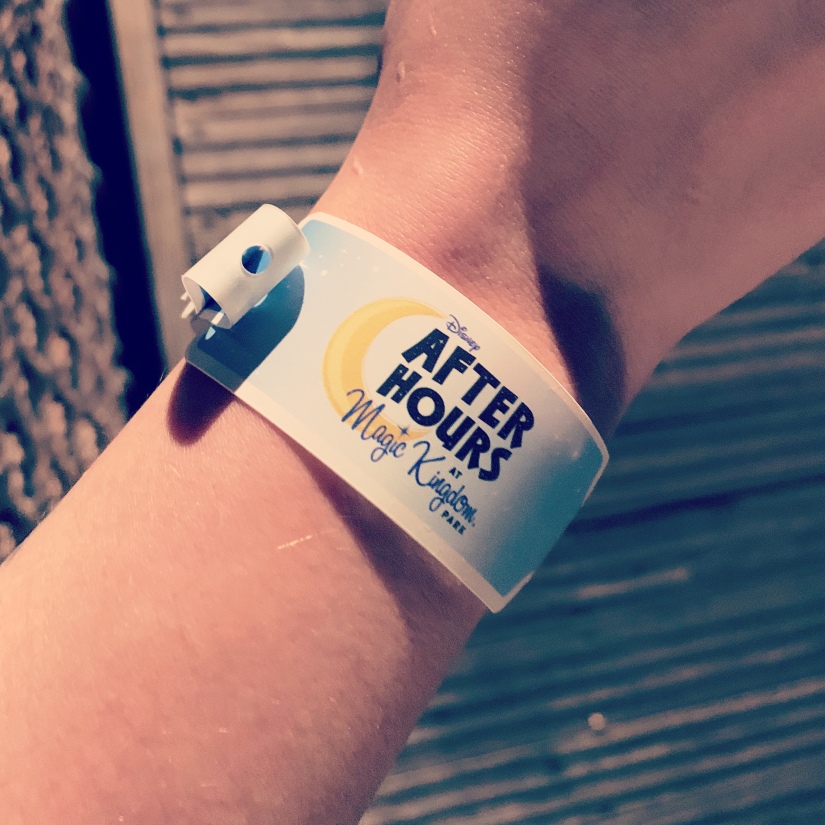 During the event select attractions are open, select character meet and greets and select free snacks are available to guests. Something that made us laugh during the event, similar to the last event, the longest lines were for the free drinks and snacks, not the attractions. 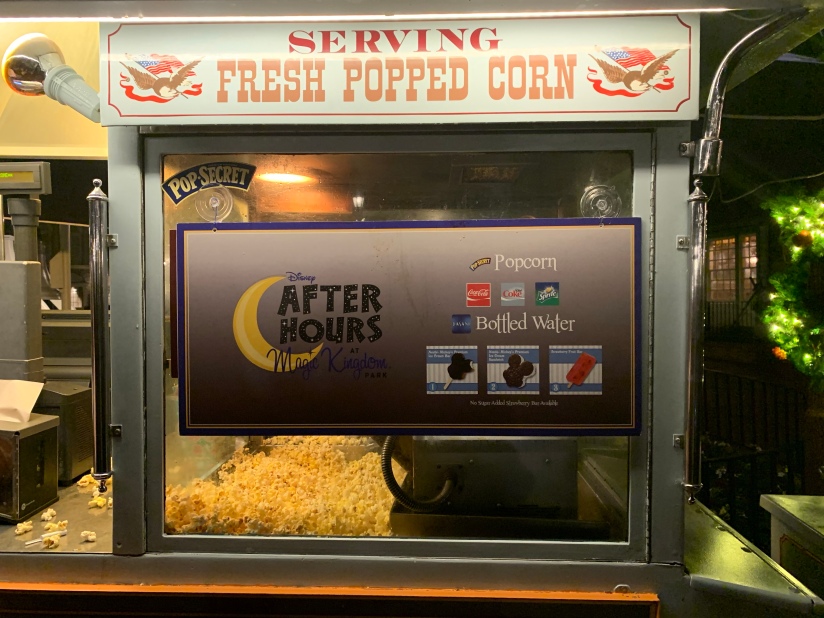 First we headed over to Jingle Cruise, the Jungle Cruise with a holiday overlay. The Jingle Cruise is always a fan favourite, I love it due to the poor ‘dad’ style jokes.

Our strategy at Magic Kingdom during this hard ticket events is always the same, ride as many attractions as possible and take as many photos as we can on an empty Main Street.

The most important thing for me was to visit Mickey in his theatre on his birthday which we did, he was dressed in his birthday outfit.

We rode every attraction apart from Splash Mountain and Astro Orbiter, even riding Haunted Mansion and Buzz Lightyear twice, we also had MANY photo pass photos taken including pictures on Main Street and the Tangled Lantern photo op. All in three hours! 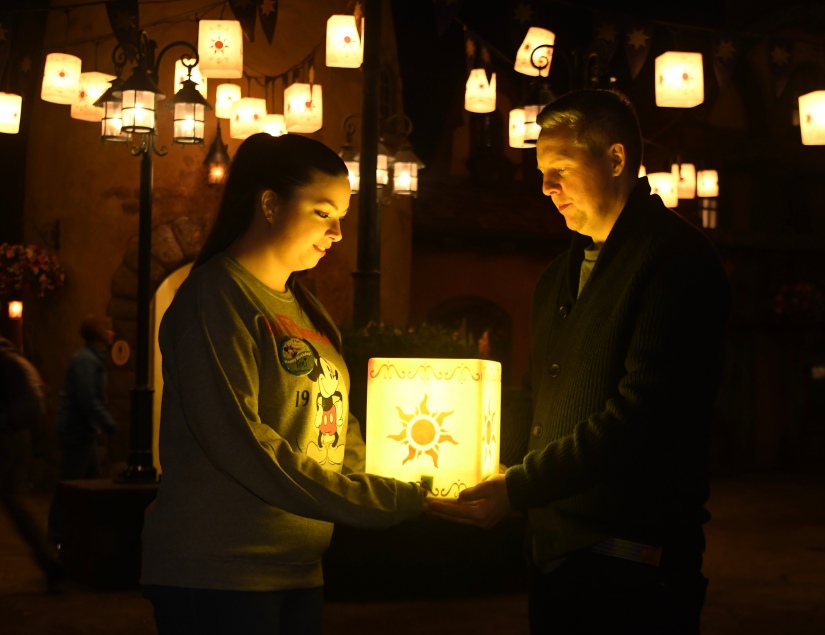 This event is by far the best thing that Disney offers hard ticket event wise. The price of the ticket has risen to $125 per person plus tax. The park is so quiet and so much can be achieved. I would also pick this event over a regular day ticket if I had to be conscious about my spending.

What are your thoughts? Have you attended a Disney After Hours event? Let me know your thoughts in the comments.