Star Wars Galaxy’s Edge is all anyone has been talking about since the announcement made at D23 in 2017.

What with Disneyland’s Galaxy’s Edge opening June 2019 and Disney World’s opening Fall 2019. It is no wonder people are talking about it.

Disney have released a lot of information over the past couple of days and fans have loved it! From costume designs to food items. Everyones excitement is growing.

The following information was released on D23.com.

Cast Members at Disneyland got a sneak peek at what the costumes across Star Wars: Galaxy’s Edge will look like. It looks like Cast Members will have over 20 different costume looks, and have the option to mix and match pieces as they like to create a unique look. 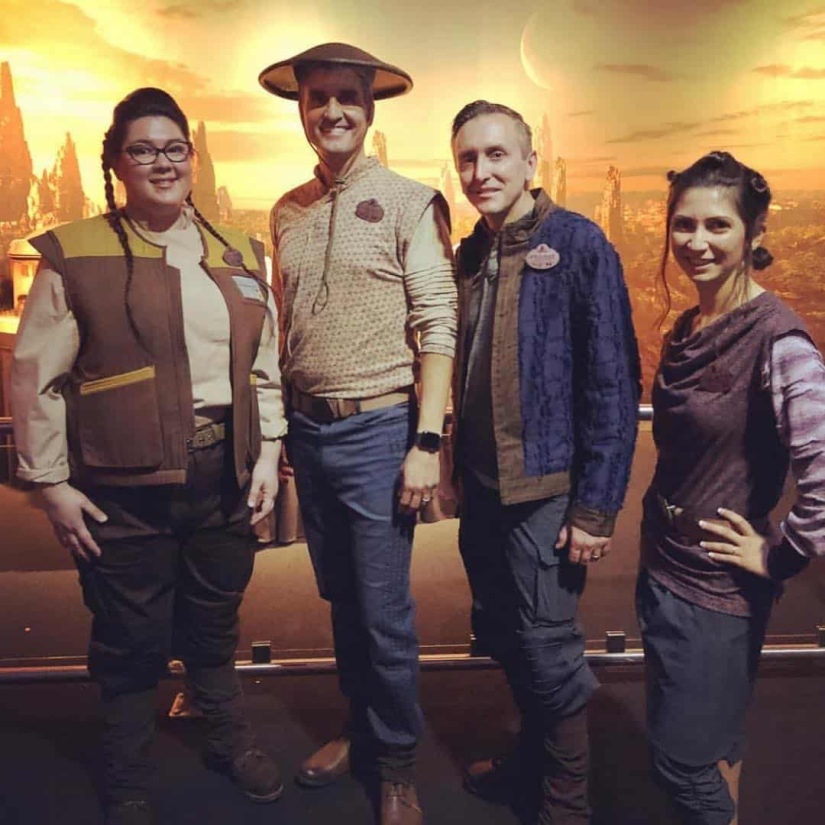 Food and Beverage costumes have three different styles, with aprons designed to look like sewn together food sacks.

Just like Pandora: The World of Avatar has special name tags to display that they work for ACE, Cast Members on Batuu will have their own design as well! The nametag will display the Cast Member’s name, and then their name in Aurebesh.

In Millennium Falcon: Smugglers Run, guests will climb into the cockpit of ‘the fastest hunk of junk in the galaxy’ to take control of the ship, acting in one of three roles: pilot, flight engineer, or gunner. 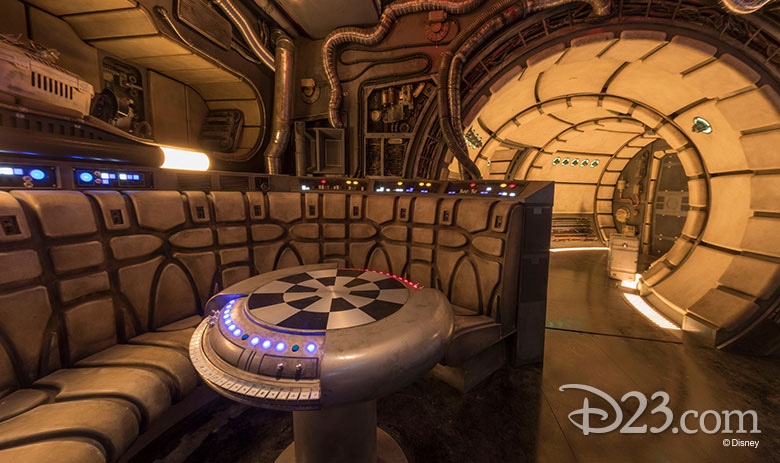 Rise of the Resistance

The second attraction, Star Wars: Rise of the Resistance, is one of the most advanced and immersive experiences ever undertaken by Walt Disney Imagineering. As new Resistance recruits, guests will join a climactic battle against the First Order, including a run-in with Kylo Ren. Their journey will take them inside a full-size starship and aboard a nearby Star Destroyer. 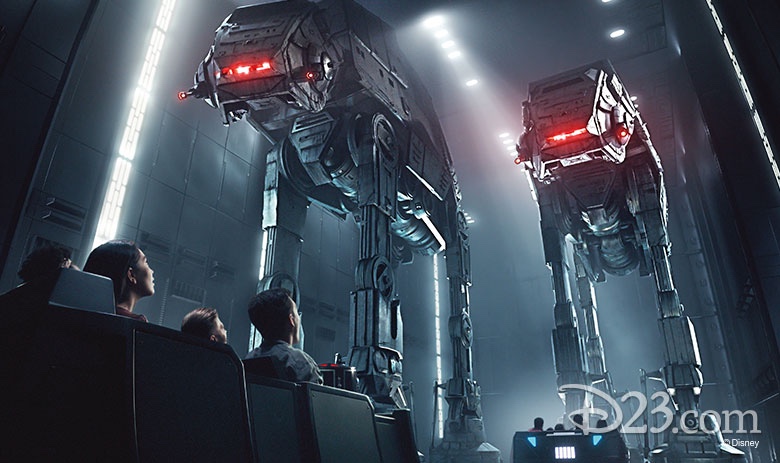 You’ll find Oga lurking in the shadows, and locals know better than to dare cross the proprietor. DJ R-3X, formerly known as Captain Rex, the Starspeeder 3000 pilot droid from Star Tours, now calls Oga’s Cantina his home, where he’s in charge of providing the musical entertainment.

Ronto Roasters’ large podracing engine will be firing up a barbecue pit for mouth-watering sandwiches. When customers line up to order, they will encounter a former smelter droid, carefully turning the spit of meats (and complaining about his job). Items include the Meiloorun Juice, the Turkey Jerky, and the Ronto Wrap filled with spiced grilled sausage and roasted pork. Guests will also be able to choose from a variety of exotic non-alcoholic drinks, like the Sour Sarlacc or Tatooine Sunset.

Of course, there will be a Milk Stand offering two local favorites: blue milk, first seen in Star Wars: A New Hope, and green milk, introduced in Star Wars: The Last Jedi. The blue milk will be plant-based, allowing more guests to enjoy it.

At Savi’s Workshop, guests are given the opportunity to draw upon the Force as they build their own elegant lightsaber. At the heart of every saber is a kyber crystal, and during a guided tour, each guest will have four options to choose from, Peace Justice (modeled after Jedi from the Republic era), Power Control (a nod to the Sith), Elemental Nature (harnessing air, earth, fire, and water); and Defense (shrouded in mystery).

Inside Dok-Ondar’s Den of Antiquities, visitors will find a selection of mysterious and rare items for sale representing different eras of the Star Wars galaxy, including ancient Jedi and Sith artifacts, holocrons, lightsabers, and more. As they explore the shop’s nooks and crannies, they will find Dok at his desk, checking his inventory, taking calls, and barking orders at his assistants. 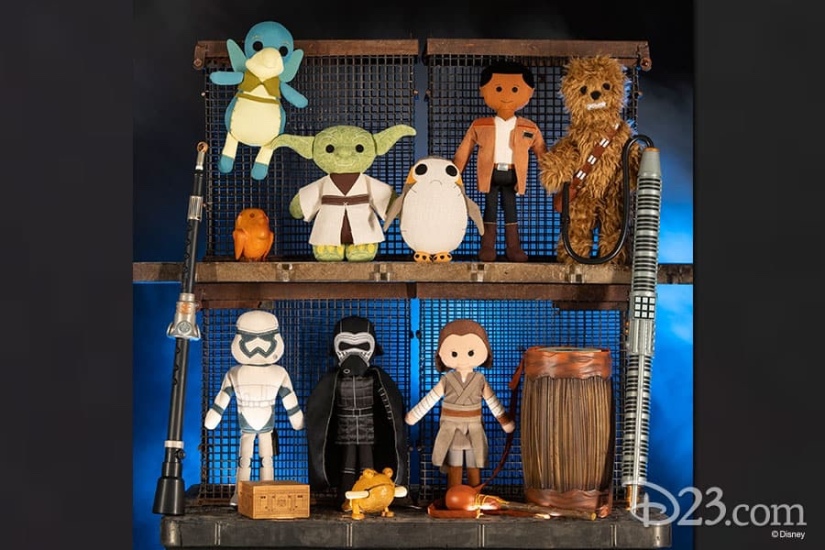 Guests who venture to the Creature Stall will find some fascinating and unusual beasts from all across the galaxy, ranging from the friendly (porgs, tauntauns) to the not-so-friendly (rathtars, wampas). Nearby, you’ll find the Toydarian Toymaker stall, offering items crafted by its namesake alien, first seen buzzing around Anakin Skywalker­ in Star Wars: The Phantom Menace. It peddles artisan-style plush characters, wood and tin toys, and instruments.

What are your thoughts? Are you excited for Star Wars Galaxy’s Edge? Or are you dreading the larger crowds? Let me know your thoughts in the comments.