The Sci-Fi Diner is located in Disney’s Hollywood Studios. When we booked I did not hold out much hope for this location, due to poor reviews….. and I am glad I didn’t.

We had 1.50pm reservations at the restaurant, we arrived on time and we were told they were running approximately 15 minutes behind and to take a seat and wait.

We took a seat after we had had a look around, we were given some butter popcorn while we waited. The waiting area was pretty full. There were people with reservation and walk ins all mixed in, it was crowded, unorganised and chaotic. We just sat in the seating area out of the way.

Sure enough after 15 minutes we were called as our table was ready, however there was a slight mix up and our hostess had taken us to the wrong table, so we had to back to the check in desk to be reassigned a table. She was very apologetic. It was not her fault.

The theming and atmosphere in the restaurant is amazing, it it set like an old drive in theatre with cars (that are your seats) parked up with a cinema screen playing a loop of old adverts and clips from movies and TV shows from the 50s/60s. If this is all it was it would be a great location for to actually sit and watch feature length movies. However as a dining location it is awful, it is far to dark, each car is lit up slightly, but barely enough to read the menu, the food is diabolical and inedible. There are also no designated restrooms. The location shares restrooms with ABC Commissary, any Disney fan will tell you how busy this can get. I hated it.

Although I went in hungry, I could not find a single thing I wanted to eat. The majority of the meals were burgers. I do not eat burgers. I ended up having a sharing appetiser for a main meal. I decided on the Sci-Fi appetiser sampler platter, it had buffalo chicken tenders, shrimp and crab fondue, house made tortillas and fried dill pickles. It was so awful I couldn’t finish anything, the food did not taste nice or fresh. The  sauces tasted of vinegar and about 3 years our of date. Please don’t get me started on the flavourless tortillas. I wouldn’t eat this again, even if I was paid. Sam had the chicken tenders and Sci-Fi BBQ platter, he did not complain about any of it at the the time but did comment after saying that it was ‘bitterly average’.

The lighting was so bad in this location I did not get chance to take many photos so I will apologise for that now.

The dessert menu in comparison to the main menu looked super fun. We actually decided to take 3 of the desserts from the menu because we just couldn’t decide what we wanted. We went for the warm donut, the smores brownie and house made candy bar. The donut was scoffed by Sam before I could even try it. I knew he would like it because apple and cinnamon is a favourite of his. The smores brownie was dry and inedible, I thought it would come out warm and gooey, after 2 mouthfuls I gave up. The home made candy bar was probably the best thing on the menu, we both really liked it. It was big. It was ganache and caramel covered in chocolate, we ate it all. My favourite thing off any of the menus. 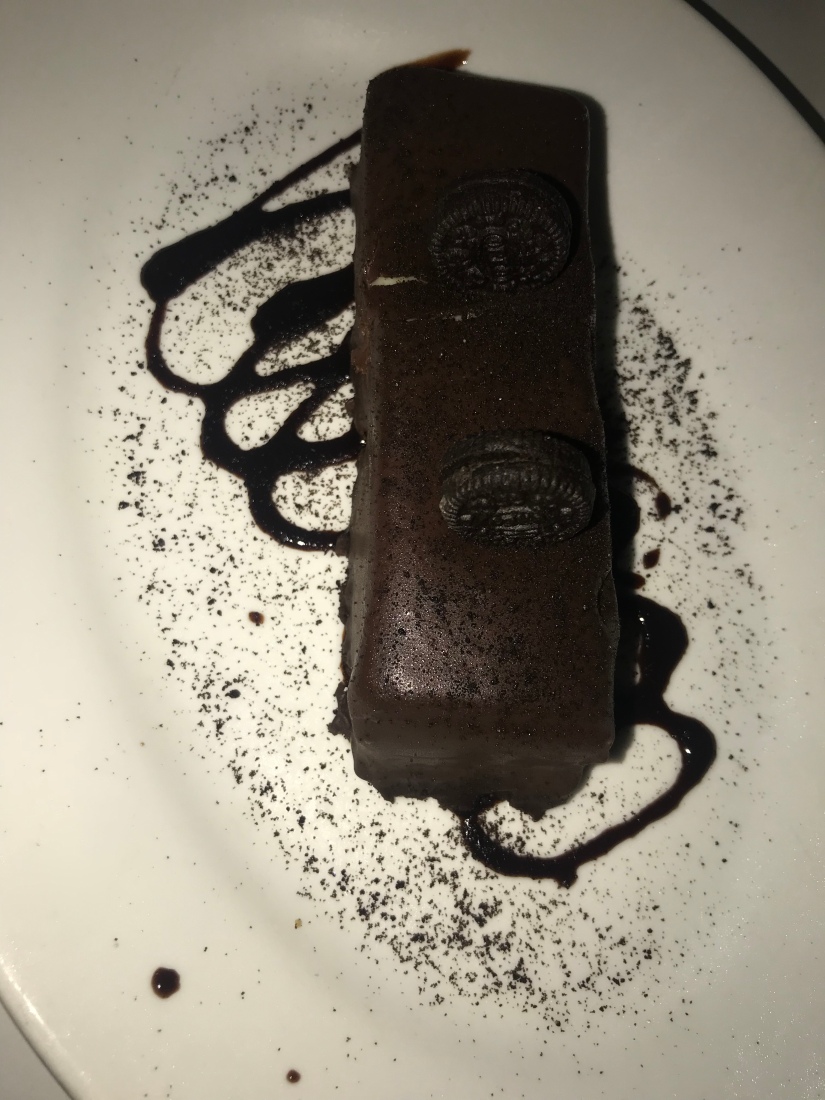 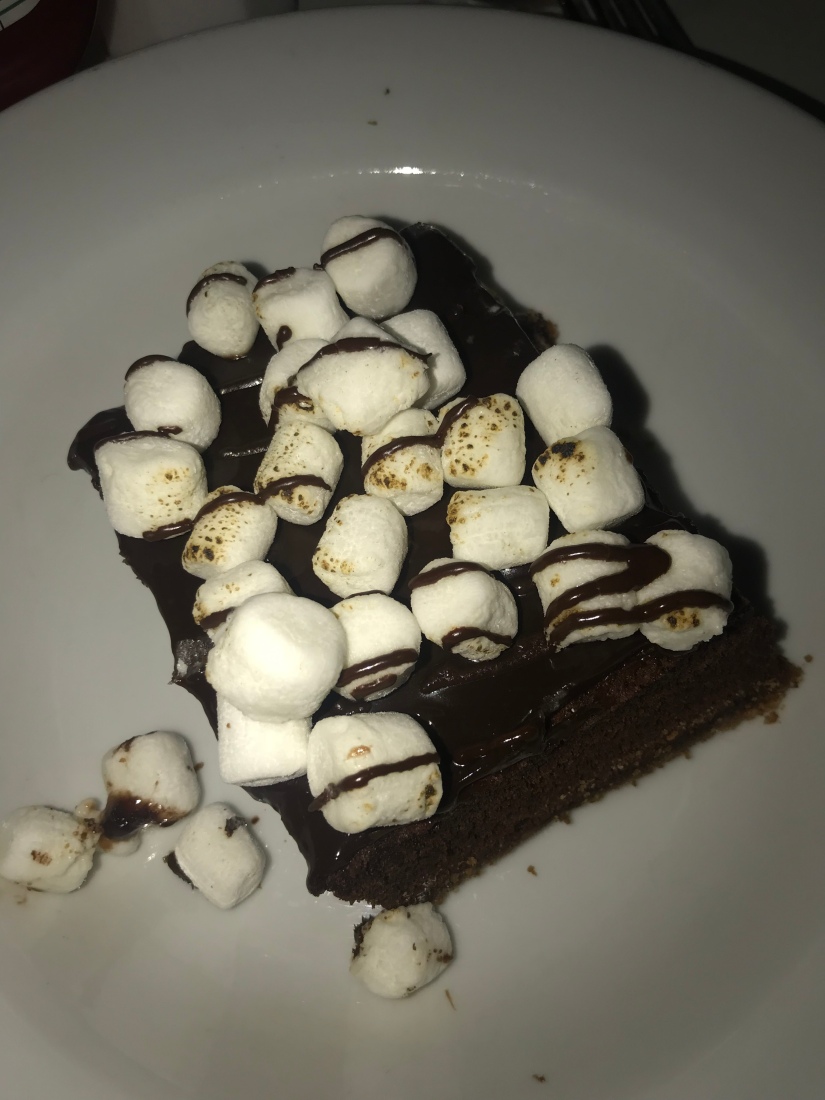 As I previously said I did not hold out much hope for this location, however I did not think it would be this bad. The food was not good, it is for a fact the worst dining location I have ever experienced. Even including outside of Disney locations, it is the worst.

Have you had the not so great pleasure of eating at this location? What are your thoughts? Let me know in the comments.