Pongu Pongu, a kiosk window, opened May 2017 along with the rest of the land of Pandora. It only sold one snack at this time and a couple of alcoholic beverages.

The Night Blossom is an apple and pear limeade slush, it’s then topped with passion fruit boba balls. Perfect for a hot day and perfect for photos. It is extremely sweet so it is probably worth sharing with another person rather than having it to yourself due to how sweet it actually is. 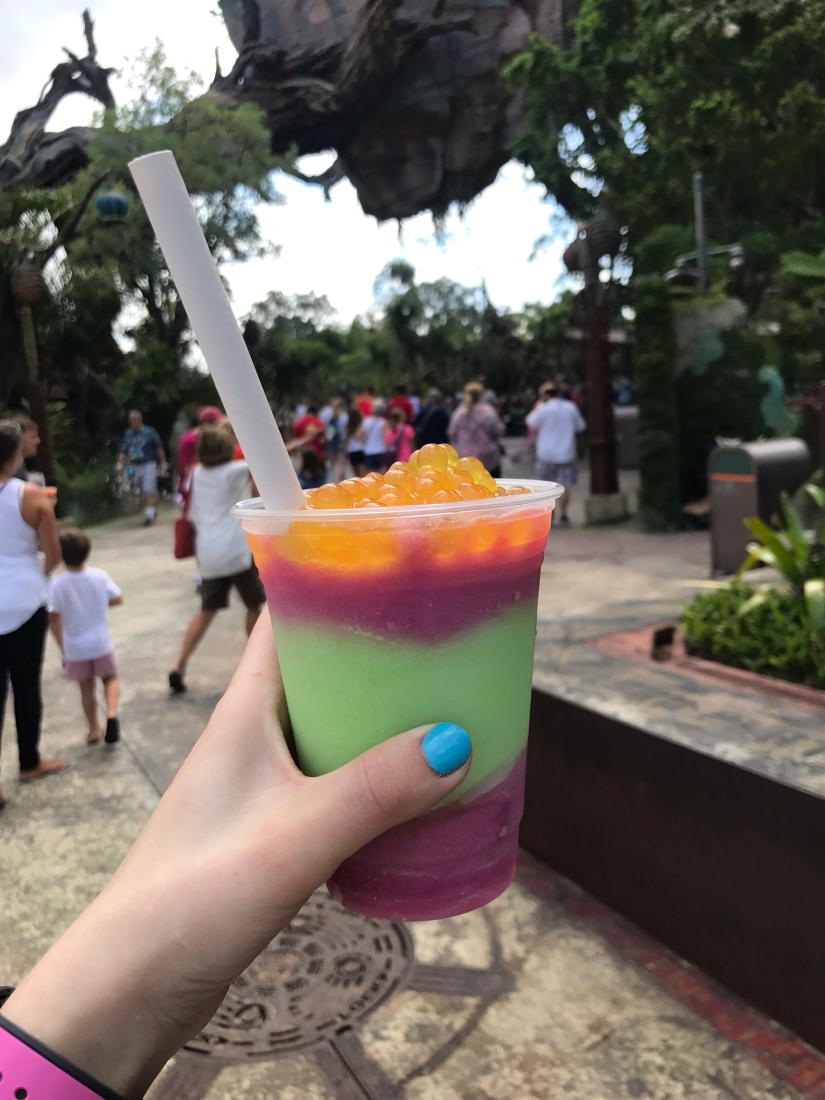 The Pineapple Lumpia, is probably (definitely) in my top 3 WDW snacks of all time, yes, even though it only debuted less that 18 months ago. It is a sweet, fried pastry roll (similar to an egg rolls/spring roll), filled with cream cheese and pineapple chunks and finally, dusted off with a little powdered sugar. It is a perfect balance of sweet and savoury and one not to be missed. They used to cost $5.99 for two Lumpias, now they are just 1 to a portion for $2.99.

There was also a new offering on the menu, French Toast Sticks. With this you get 3 of the sticks and a pancake/waffle syrup for dipping, for $6.29. These were so soft and fluffy. I could take or leave the syrup as I am not a massive fan, however I would certainly have the french toast again, they were not to big, probably two mouthfuls per stick but that was more than enough for me. 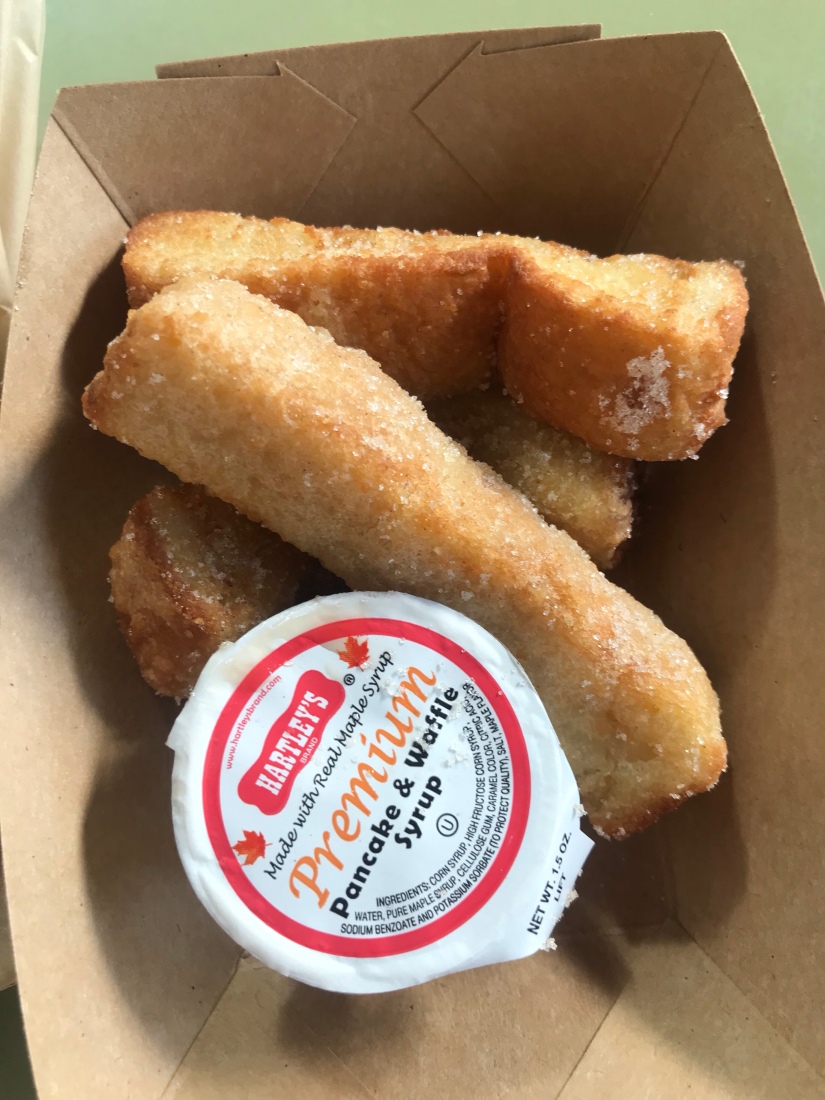 Have you had eaten at Pongu Pongu? What do you think of the Night Blossom? Let me know in the comments.